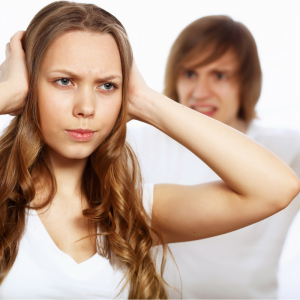 A fight erupted in the school hall and both boys had bloody noses. They had to be pulled apart by four adults.

“He said my cousin is stupid,” growled Michael. “No one insults my family.”

“Liar!” angrily shouted James. “I don’t even know your cousin!”

“You didn’t have to fight, James,” she scolded. “You should have told a teacher.”

“He tripped me and kicked me when I fell!” argued James. “How was I supposed to tell a teacher?”

“You’re both suspended,” she said. “Now, shake hands and apologize.”

The boys pushed their hands into their pockets and stared at the floor.

The boys shook hands and apologized. They were clearly not sorry, but they knew a three-day suspension would lead to a five-day suspension if they refused to follow her directions.

The kids learned several lessons: (1) rules in school are different from rules outside of school, (2) you can’t defend yourself at school – even when you’re the victim, (3) you must apologize – even if you don’t mean it, and (4) you must shake hands – even when you don’t want to.

I do not shy away from heated conversations with youth. I establish clear ground rules for discussion:

Establish Discussion Norms.  After youth brainstorm and select norms for healthy discussion and debate, I create a class contract. They sign the contract (I sign it, too) and post norms where everyone can see them. As facilitator, my role is to ask questions and moderate discussion.

Norms for communication include:

Ask Clarifying Questions.  Avoid making assumptions when others share their points of view. Clarifying questions invite deeper discussion and promote greater understanding. For example, say “Tell me more” if you need more information. Clarifying questions let others know you’re listening and interested in what they have to say.

There Are No Right or Wrong Opinions.  Emotions escalate quickly when individuals involved in a discussion want others to accept their opinions as their own. The goal of discussion is not necessarily to agree or share the same points of view. The goal is to discuss and listen to one another with respect.

Practice What You Preach.  Adults must be good role models. If we encourage youth to demonstrate respect to one another, we must follow our own rules and show respect to children, teens, and our peers. Young people are disappointed when they see inconsistencies in our words and behavior. They model behaviors we demonstrate as leaders and mentors. You may be a child’s only adult example of a compassionate role model.

Listen.  Sometimes adults tell children and teens “You’re too young to have an opinion” or “You don’t know what you’re talking about.” Don’t discredit what they have to say. Instead, ask good questions and invite them to explain their point of view. 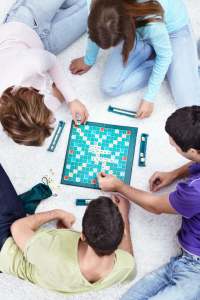 When I was a middle school teacher, I had a cart filled with board games in my classroom. I often replaced dice with numbered subject-related cards. Board games equip youth with many communication and conflict resolution skills. When playing a group game, kids learn and practice how to take turns, follow rules, and resolve disagreements.

As we teach children and teens how to clearly communicate and resolve conflict, we must show them how to set strong personal boundaries.

Many people believe “being polite” and tolerating abuse are synonymous. Don’t talk back. Be quiet. Don’t cry. Be a man. Act like a lady. As a result, they lack personal boundaries and give others permission to be verbally, physically, and/or emotionally offensive.

My grandfather was an angry, explosive, verbally abusive man. He shouted obscenities and called me vulgar names when his temper flared. When I tried to get away from him, he followed me and shouted louder. Female relatives formed a parade behind me, pleading, “Try to understand, Julie. He’s upset.” Rather than protecting me, they made excuses for his inexcusable behavior.

I had no personal boundaries as a child and teen. I believed it was my responsibility to understand individuals who were abusive. I was taught to “turn the other cheek” and forgive. I was a target for bullying. Later in life, I learned if I wanted to stop abuse, I had to change my behavior and how I reacted to it.

I no longer tolerate abusive behavior. As an adult, I am an advocate for children and teens, particularly at-risk youth, and show them how to set physical and emotional boundaries.

In an article entitled Reminder: She Doesn’t Owe Anyone a Hug, (Girl Scouts of America, 2017) the author asks, “Why is it necessary for kids to hug anyone – especially if they don’t want to?”

There are many ways children and teens can express gratitude or greet an adult. If a child doesn’t want to hug Uncle Fred, give them additional tools: a fist bump, a special handshake, a high five, or a side-to-side hug.

The same options apply after two children or teens fight or argue. Why must we insist they shake hands? Touch is intimate. They should not be forced to touch one another until they’re ready.

Here are some simple tips that will help you show children and teens how establish healthy boundaries:

Calm down.  Postpone discussions when tempers flare until you feel comfortable to engage in conversation.

Invite discussion.  Agree to arrange time to discuss an issue. For example, “_____ happened and I would like to talk about it. I want to hear what you want to say, too.”

The other person may refuse to discuss the matter. We can’t control others. We can only control our own words and behavior.

Clearly describe the situation, how you feel, and what you need or want.  For example, “When _____ happens, I feel _____. I need _____.”  Or ask “When you call me names, I feel attacked and hurt. Saying you were only kidding doesn’t help. I want to talk in ways that doesn’t involve name-calling.”

Focus on present issues. Avoid rehashing issues from the past when discussing present concerns. Past issues unnecessarily create more conflict. Agree to talk about past issues after you resolve the present issue.

Generate solutions.  Consensus does not mean everyone involved will be happy with a solution; consensus means all persons involved agree to a solution they can live with. Collaborative brainstorming moves us out of problems and into solutions.

Express appreciation.  Show gratitude by thanking the other person for listening. 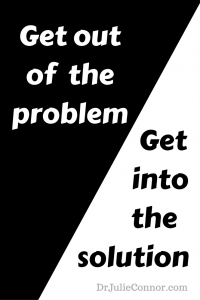 Young people will learn not everyone will treat them with the respect they deserve. We must give children and teens tools to protect themselves from bullying or abusive behavior.

Adult and youth bullies target individuals who (1) have weak boundaries and (2) suffer in silence. We must teach young people how to stand up to bullies.

It is pointless to worry about ways we can change others. We can only change our own words, thoughts, actions, reactions, and decisions.

When children and teens learn effective communication and conflict resolution skills, they learn to trust their own voice.

How can you discuss communication and resolve conflict skills with children or teens?

Use these tips to Create Group Norms That Build Trust.

These suggestions form How to Be a Good Role Model offer tips to offer the kind of support youth want and need.

10 Tips to Mentor Like a Superstar explain how to build healthy relationships with children and teens.

Use the tips from 8 Tips to Create Strong Personal Boundaries to create an invisible wall of protection between you and others.

Discuss sensitive issues and current events with children and teens with these suggestions from Politics, Race, God, Sex, and Other Controversial Topics Kids Discuss at School.