Keira X Speaks Out: The Color of Discrimination 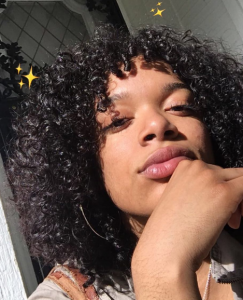 I met Keira X at a high school speech competition. Several of her competitors discussed racism and discrimination. They avoided controversy and alienating the judges by focusing on statistics and facts.

Keira knew if she withheld personal experiences with discrimination, she’d drain her speech of its power. She addressed colorism, a form of prejudice among those within the same ethnic groups.

This is her story:

In 1712, a British slave owner named Willie Lynch taught others a full-proof method for controlling the blacks as slaves.  He stated, “I use fear, distrust, and envy for control purposes.”

It has been 304 years since this infamous speech was made on the banks of the James River and it appears that Willie Lynch was right.

Don’t get me wrong.  There have been advancements in and for the black community.  In 1863, President Lincoln declared all persons held as slaves within the rebellious states were set free by the Emancipation Proclamation.  In 1909, the National Association for the Advancement of Colored People (NAACP) was formed. During the Civil Rights Movement, it was said that Rosa Parks sat so Martin Luther King could march and Barack Obama could run.

With all these accomplishments that the black community has experienced since Lynch’s speech, you might think that blacks would all be joining together, hand in hand, walking toward a goal of Black Lives Matter.  Unfortunately, this is not the case.

Along with the racism people of color already face, we still have that problem of fear, distrust, and envy that took root in the 1700s:  Colorism.

Colorism is defined by the Oxford Dictionary as “prejudice or discrimination against individuals with a dark skin tone, typically among people of the same ethnic or racial group.”

You may not be aware of the jokes that are made within the black community about the different skin tones. For example, dark skin guys have names like Quanze and Malik and light skin guys are named Theodore and Barry.

Black parents know their kids will always go by a nickname.  Nicknames like Big Boo, Taystee, or MorDarkerdenme. Or, did you get left in the oven too long, because you came out burnt.  Funny, right?  Except these types of jokes are often made by people who are only a tan or two away from being as dark or light as the person they are joking about.

Some girls say if they are too light, they’re not right.  And some black men won’t be with a black woman unless they look almost white.  Some blacks are even afraid to go out into the sun because of the fear of getting “too dark.”

Rodney Harrison, a black former NFL football star and broadcaster, said Colin Kaepernick, quarterback for the 49ers, “was not black enough to stand up, or in his case kneel down, for racial injustices here in the U.S. ” Even former president, Barak Obama, was once told by his wife that he didn’t have enough street cred in part because of his skin tone.  And one of their black friends added that he came across as “a white man in black face.”

According to an article in The Washington Post (May, 2014), a recent study conducted by the World Health Organization (WHO) concluded that 77% of Nigerian women use skin lightening products on a regular basis, more than any other nation in the world. In 2010, India’s skin lightening industry was worth over $400 million and thrives today by peddling the beauty myth that light skin is the right skin. Some dark-skinned individuals lighten their skin because they believe it affords them better opportunities.

Sadly, some people are buying skin bleaching cream from the black market that contain harmful chemicals such as mercury, hydroquinone, or steroids.  These chemicals have damaging effects such as a blue-blacking of the skin and can lead to cancer.  Along with the physical damages these bleaches have, there is also the psychological damage that comes with the belief, supported in advertisements, that “Fair and Lovely” is where beauty is at and that their God-given skin tone isn’t good enough.

Can we blame them for wanting to become what is being put out there on billboard and in videos? Many people claim that the European beauty standard has set the new benchmark.  In a Columbia University study (2013), Susan L. Bryant stated, “The European Beauty standard is the notion that the more closely associated a person is with European features the more beautiful he or she is.  This notion includes a thin nose and lips, light colored eyes, and fine hair texture.”  Well, Willie Lynch was from Britain.

The film, Dark Girls (2011), captures this phenomenon of colorism in a nutshell.  It explores the damaging effects discrimination in one’s own community can have on its women and children through many heartbreaking interviews.

A story from Dark Girls that still resonates with me was about a woman who experienced colorism as a young girl. One day, her mother and mother’s best friend were having a conversation.  Her mother began to brag about how beautiful her daughter was.  She talked about her daughter’s great hair; how she had perfect eyes and lips. The girl sat in the back seat of a car, grinning from ear to ear with pride.  That pride was quickly shot down when she heard her mother say, “Could you imagine how beautiful she would be if she had any lightness in her skin at all?”

I’m sure that you have guessed by now that I am black.  Black enough?

Growing up in a family filled with many different mixtures of race and skin tones, ranging from high yellow to the richest tones of melanin, you can bet I have many stories of how I have witnessed and experienced colorism.  I could go on for hours about the internalized hate I have witnessed, but I want to focus on one story I have dealt with in my family.

One day, I was at my cousin’s house. My cousin is a very light-skinned woman and has had kids by a darker-skinned man.  Her children’s skin tones ranged from light to dark. Her daughter, Aaliyah, is six years old. She has the warmest smile that can brighten anyone’s day and is the smartest little girl I know. She has her father’s beautiful melanated skin.  Unfortunately, she doesn’t see herself as beautiful as I see her. When we were hanging out, she shared with me something that has left me very unsettled.

I turned to her in shock and asked why she would say something like that.

“I have no friends, Keke, because all the kids make fun of me because of how black I am,” she said, picking at her skin. “I try to tell them that I can’t do anything about it, but nobody listens.  I just want some friends.”

I swear I could feel my heart break.  I tried to reassure her how beautiful she is and how she doesn’t need friends that would make fun of her, but I could see in her face that I wasn’t making any headway.  I left that visit realizing the spectrum of color between her experience and mine.

I also realized there needs to be a solution to this problem.  I know that there is no quick fix.  Dr. Martin Luther King may have said that he dreamed of a day when we would “live in a nation where they (the children) will not be judged by the color of their skin, but by the content of their character,” but that can’t happen until we in the black community understand that it starts with us.  How can black lives matter when we don’t even see the inequities that our judgments create?  It has to start at home.

Children are taught to hate, discriminate, and envy.  Parents need to set an example and to teach how to be more accepting of people, no matter how light or dark.  Families can’t be afraid of open discussions on these issues.  Just because we don’t want to hear it doesn’t mean it doesn’t need to be said. Be the courageous person that saves that son, daughter, cousin, niece, nephew, brother, or sister by not ignoring the issue, but affirming the people you care most about.

This would lead to a more healthy school environment where kids won’t play on others insecurities and won’t create an environment where others feel isolated, like my cousin, Aaliyah. Institutions like schools could include more black history. We need not teach the generations to come that black history began with slavery – it only interrupted it. People of color grew from roots of greatness and royalty. We must teach all are worthy.   Yes, even a man who was once seen as a white man in black face could rise above it and become President of the United States.

Finally, it ends with you.  I hope that you leave here today remembering these words the next time you are about to say something negative about someone’s skin tone.  By telling a girl that she is “pretty for a black girl,” you are leaving that person thinking that she is lucky and an exception, rather than someone who matters, no matter what.  Don’t allow yourself to do damage to someone’s psyche.  Be persistent in the change you need to make in yourself. 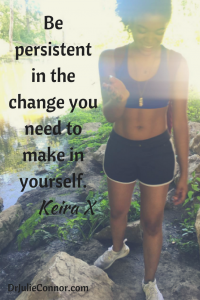 The black singer, India Arie, tells us, “I am not my hair, I am not my skin, I am not your expectations … I am the soul that lives within.”

Love the skin you are in and recognize the power that is inside.   It is time for Willie Lynch’s words to become history.

I asked Keira Moná Burton why she preferred to be known as “Keira X.” She referenced her admiration for Malcolm X, a U.S. Muslim leader and human rights activist who was assassinated in 1965.

“Malcolm X was an amazing speaker and was actually one of the reasons I joined speech and debate. He and many others showed me that if I am not afraid to speak my mind, if I stay true to myself, and if I am passionate, people will listen.”

With or without a contest, Keira X is a winner. She is a role model who speaks out against discrimination with courage and conviction.

Do your words and actions support your convictions?

It’s Not About Race reveals how conversations about race and culture open channels to explore perceptions and attitudes.

Children and teens are talking. Using these tips to encourage dialogue and Hear the Voice of Our Youth.

What Color Is God? is a story about a discussion among a group of third graders as they explored the nature of the Divine.

Voices in the City School reflects the power of storytelling and the importance of building relationships with youth.