How to Talk About Race 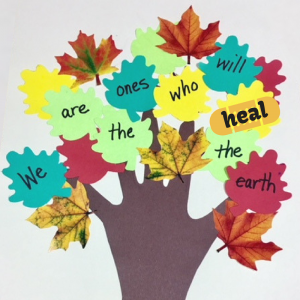 “We do not tolerate racism at our school,” said Mrs. Kurt, a fifth-grade teacher.

“We ignore skin color and only see our students,” agreed Mr. Tucker.

I wondered how it was possible to see children, but not the color of their skin.

All of us enrolled in the graduate course taught in diverse schools. The Latino and Black teachers were silent during the discussion.

“When did everyone become ‘the same and equal?'” I asked.

I was cranky.  And exhausted.  I felt frustrated.  And angry.

“In 1954, the Supreme Court declared that segregation in public schools was unconstitutional,” explained Mr. Tucker.

“It depends.  Which fortunate students are you talking about?” I asked.  “There were no equal rights among students before 1954 and we’re not equal now.”

One of the Black teachers in my class tapped me on the shoulder as I dropped quarters into a coffee machine.

“I never heard a White teacher acknowledge inequality in our schools,” she said.

“That’s because there isn’t,” I replied, hoping I had not offended her.

“I know,” she added. Her eyes were filled with tears. “I just never heard a White person say it.  Thank you.”

, explains U.S. schools are as segregated now as they were before the U.S. Supreme Court’s desegregation decision.

“Whether the issue is inequity alone or deepening resegregation or the labyrinthine intertwining of the two,” Kozol insists, “it is well past the time for us to start the work that it will take to change this.”

Laws do not change racism.  Denial does not make racism go away.  It’s time to acknowledge racism – especially when it hides in (what seems like) harmless words, thoughts, attitudes, and actions. 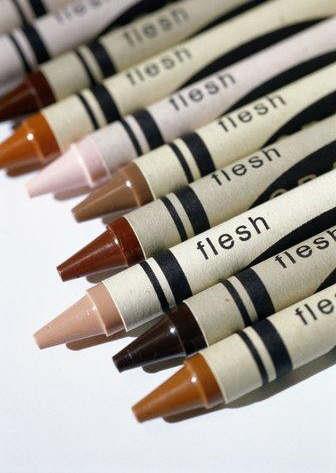 our lives shape our attitudes.  I attended a St. Louis parochial school during the 1960s.  I vividly remember images of riots, protests, and violence on the evening news.  I was confused by racial slurs from adults who attended our neighborhood church and conflicting messages of “love one another” from Scripture.

One sweltering summer day when I was in third grade, I watched a man hammer nails into the side of a neighbor’s house.  He was sweating; he looked exhausted.

Jesus encouraged followers to “give drink to the thirsty” (Matt 25:35).  I filled a pitcher with water and shared it with the Black man in my neighbor’s yard.  I proudly told my neighbor about my Christian gesture.

“You don’t know that man, Julie,” she warned.  “He might have hurt you.  If he comes to your house and asks for water, do not answer the door.”

He knocked on our front door the following afternoon and greeted me with a large grin.  He held up the plastic pitcher and asked for more water.

“I can’t give you water anymore,” I explained.  “I’m not supposed to talk to strangers.”

The smile disappeared from his face and he walked away with the empty pitcher.

War raged within me as I considered my neighbor’s words and the command from the Gospel.  I refilled another pitcher and raced to my neighbor’s home, but was he gone.  I never saw him again.  I had a responsibility to “give drink to the thirsty” … and I didn’t.

But I can now.

Current events are springboards for discussion.  Several years ago, Perry Beam invited a 10-year-old student from Taiwan to see a rodeo at the Missouri State Fair.  One of the clowns wore a mask in the likeness of Barack Obama.

The announcer wanted to know if anyone would like to see a bull trample Obama.

“The crowd went wild,” explained Beam in a Facebook post. “One of the clowns ran up and started bobbling the lips on the mask and the people went crazy.”  They laughed at the clown’s antics and shouted racial slurs.

Beam said the typically inquisitive boy was silent when they left the fair.

The announcer at the rodeo was a school superintendent.  School board members defended the behavior of the superintendent and clowns.

“There will always be those who ridicule politicians,” argued a school board member.  “The rodeo clowns were not poking fun at Obama’s race.”

When we deny evidence of racial bias, people of color often disengage from conversations, too angry to participate in the discussion or too discouraged to care.  When teachers insist to minority students how equal we are, we discount what they already know:  we’re not equal.  Inclusion begins with honesty and respect for one another’s points of view.

Conversations offer opportunities to explore difficult issues.  Children are bombarded with spoken (and unspoken) messages that contribute to their understanding of race and stereotypes.  Television shows, movies, and advertisements compete for your child’s attention.

These thought-provoking videos can be used to spark conversations about racism:

In 1939, psychologists Kenneth and Mamie Clark used Black and White dolls to test children’s (ages three to seven) racial perceptions.  The children were asked to identify distinguishing characteristics between the dolls such as “good” and “bad,” “nice” and “mean.”  Most of the children identified the White doll as “good” and the doll they wanted most to be like.  The Clarks concluded that prejudice and discrimination led to feelings of inferiority among African-American children and damaged their self-esteem.  Their conclusions were used during the Brown vs. The Board of Education desegregation case.

The Doll Test Revisited   CNN reenacted Clark’s “doll test” to reveal how young children absorb information about racial stereotypes.  Though the child’s mother said, “We don’t talk like this at home,” this video shows that children receive information from many different sources.

Courageous conversations about race force us to face uncomfortable landmines that raise other issues such as poverty, immigration, and our judicial system.  Our differences are as important as our similarities because we are unique and united.  Every discussion about race, culture, religion, gender, age, and socioeconomic status invites new opportunities to build bridges.

Change begins in the heart of dialogue.

What conversations are you willing to explore with your family?

Try these tips to discuss Politics, God, Race, Sex, and Other Controversial Topics Kids Talk About at School with children and teens.

Teach Youth How to Communicate & Resolve Conflict with these suggestions.

Encourage dialogue to promote understanding and dialogue with suggestions from Hear the Voice of Our Youth.

Use these suggestions from How to Be a Good Role Model to inspire teens.