How to Resolve Group Conflicts 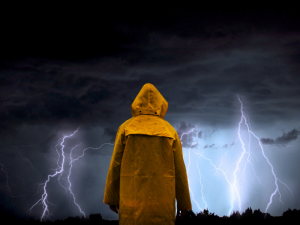 I almost got up and walked out of the meeting.

Marcy and Marti were two committee members who often accused one another of not listening.  Feelings were bruised.  Voices raised.  Other members slowly checked out of the discussion.  Including me.

The experience was similar to the frustration I felt as I listened to a group of teens argue about an upcoming event when I was a youth minister almost 20 years ago.  Their job was to plan.  My job was to encourage them to use the collaborative skills of consensus.

Throughout the meeting, Ellie persistently repeated her idea to the group.  They interrupted each other.  They rolled their eyes.  They ignored their collaboratively-composed norms such as “Listen to and respect each others’ points of view.”  I knew it was time to take a look at our norms again.

The group decided to take a break and returned to the table 15 minutes later. No one spoke.  Their body language clearly reflected their feelings. They avoided eye contact. Their legs and arms were crossed. They groaned when Ellie walked into the room.  Tears she tried to suppress showed she understood her peers were upset with her, but she didn’t know why.

“We have an event to plan,” I said. “Let’s pick up where we last left off before the break. Where should we start?”

“Is there anything we should discuss before we continue?” I calmly asked.

“You know what?” I asked.  “I almost walked out of the meeting.”

“That was then. This is now,” insisted Rasha. “Time to move on.”

“History has a nasty way of repeating itself,” I replied. “Do you want to go through this again?”

“I know everybody is mad at me,” Ellie cautiously admitted, “but no one will tell me what I am doing wrong.”

“You won’t shut up!” repeated Ryan.

“I don’t think any one person was to blame for all of the arguing,” concluded Jenni.  “I think we forgot that we had group norms.”

When I invited the teens to become part of the leadership team, I included a cross-section of different personalities.  Jenni was a listener.  We needed her insight.

“Let’s brainstorm,” she suggested.  “What do we mean when we say, ‘Use I  statements and not you statements?'”

“I thought all of us in this group were supposed to share our ideas,” courageously admitted Ellie.  “Why am I the only one you tell to shut up?”

“Because you’re the only one who gets stuck on your own ideas.  You ignore the rest of the group when we disagree,” Ryan added.

“If we don’t agree with you, you repeat the same thing over and over again,” agreed Rasha.  “We heard you the first time.”

They looked at Ellie.  I expected her to crumble, but her face beamed.

“I kept repeating my ideas because I thought you didn’t understand what I was saying,” she explained.

“It wasn’t that we didn’t understand what you were telling us, Ellie,” replied Parker.  “We just didn’t like your idea.”

His honesty relieved her.  Ellie understood.  The crushing fog created by lack of communication lifted and their typical joyful banter returned to the group.

“Julie, are you listening?” Marti asked.  “There’s a meeting going on here.  What do you think?”

I stepped out of my memories and consciously returned to the present.

“You know what?” I asked.  “I almost walked out of the meeting.”

“We almost walked out, too,” they laughed.

“I used to be a youth minister a long time ago,” I revealed.  “Our inability to move past our differences reminded me of my experiences with members of a high school leadership team.”

I told them about the kids, their norms, and the respect they (usually) showed one another.  Their norms were a safety net which (usually) prevented personal attacks when they experienced conflict.  Most importantly, they held one another accountable.

“Can you bring a copy of their norms to our next meeting?” inquired Marcy.

Sometimes solutions to current problems are found in the pages of our past.

What are your groups rules for collaborative discussion?

Use these tips from Create Group Norms that Build Trust to guide group discussions.

Do you want to develop leadership skills?  These are the 10 Top Tips to Be a Successful Leader.

A successful leader knows How to Inspire Teamwork and Collaboration with these skills.

Discover 13 Steps to Success and learn how to transform goals into reality.

Discover 8 Ways to Feel Positive (Even When Everything Seems Wrong).